Ghada Shbeir was born in 1969 in Lebanon. She took a degree in Arab Music of the Eastern Mediterranean and is a master of Musicology. She has specialized in Byzantine ecclesiastical music of the Eastern Mediterranean, and also in Arab-Andalusian music and the Syriac musical tradition, in the Aramaic dialect. She teaches at the Conservatory of Beirut and at the University USEK of Lebanon.

She has taken part in many conferences and festivals presenting Arab song in general and the Syriac musical tradition in particular. She won the award in the Third World-Wide Festival of Arab Music in Cairo in 1997.  She has given concerts as soloist in many parts of the world, including Cyprus, France, Greece, Italy, Brussels, England, Poland, Canada and Jordan in events and venues such as the Institut du Monde Arabe, Avignon Festival, Festival Epidaurus, Greece, Festival “Memorie die Bisanzio”, San Marco Basilica, Festival Albustan of Beirut and Musical Traditions of the Mediterranean in Greece.

She has recorded several CDs of Arabic, Syriac, and Byzantine music in collaboration with the greatest ensembles and musicians of Mediterranean music. 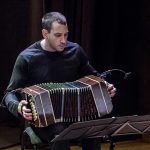 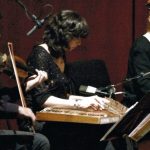