Rosario “La Tremendita” was born in Sevilla in 1984 into a family of singers and dancers. From a very early age, she accompanied her father, the singer José “El Tremendo”, at local fairs and festivals. Even as a child, she earned the adoration of the public for her special way of singing. La Tremendita has performed in Spain’s most prestigious venues. In addition to performing at festivals, homages, and competitions, she has made several local and national television appearances. During the course of her career, she has shared the stage with such artists as Manuel Mairena, Chano Lobato, El Nano de Jerez, María Conejo, Gaspar de Urtrera, D. Manuel Bohórquez, José de la Tomasa, Antonio Carrión, Triana Pura, Sara Baras, Francisco Céspedes, Marifé de Triana, María del Monte, and Fangoria.

The new voice of Flamenco

In 2004, La Tremendita received the Manolo Caracol award for her solea por bulerías at the highly competitive and prestigious XVII National Competition in Córdoba. In 2005, she toured Spain and France, performing in Paris and Toulouse and appearing at the Nimes Flamenco Festival. She also presented her first recital at the Jerez Flamenco Festival. In 2006, Rosario began working with dancer and choreographer Belén Maya, touring with Dibujos, a show staged to critical acclaim throughout Europe and the Americas.

In 2007, again in collaboration with Belén Maya, she joined the spectacular Souvenir, a co-production with the renowned El Mercat de les Flors of Barcelona. La Tremendita also works with dancer Roció Molina in the production Por el decir de la gente, while keeping a full schedule of recitals throughout Spain, Belgium, the Nederlands, and Mexico. 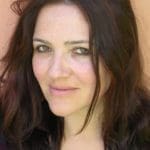 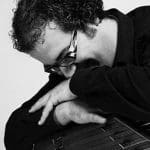