Homayoun Sakhi is the most outstanding Afghan rubâb player of his generation, a brilliant virtuoso endowed with charismatic musical presence and personality. Born in Kabul into one of Afghanistan’s leading musical families, Sakhi is the heir to a musical lineage that began in the 1860s, when the ruler of Kabul, Amir Sher Ali Khan, brought classically trained musicians from India to perform at his court. Sakhi performs North Indian music from an Afghan perspective, thus reuniting raga with its original source: the cultivated musical traditions of the Iranian world. 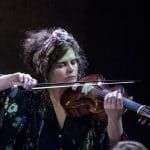 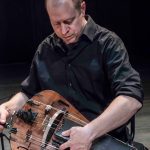