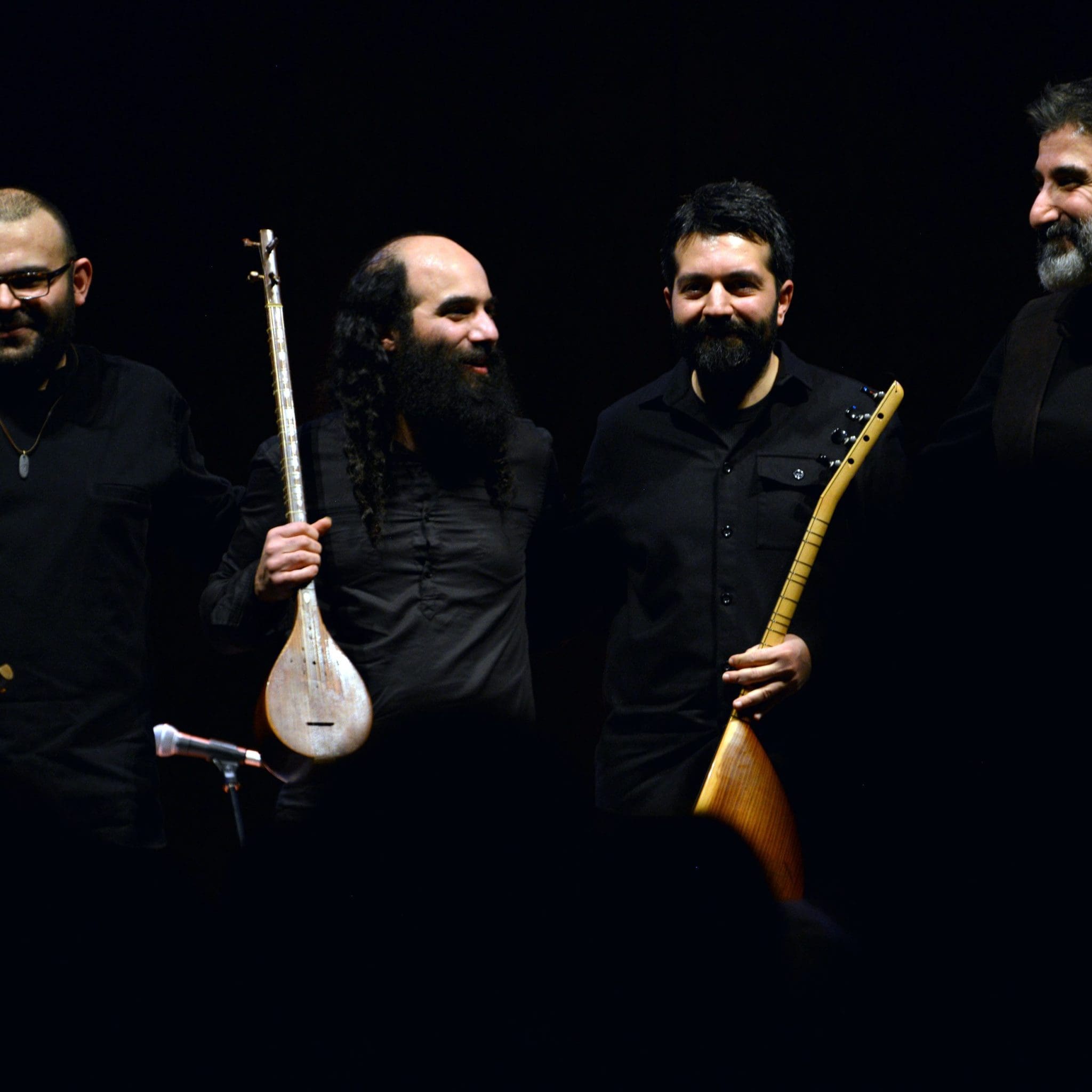 Travel to the heart of Anatolia and Persia

Like many musical traditions of the Mediterranean and the East, the musical heritage of Anatolia and Persia has been transmitted orally for several centuries. In Anatolia, the Ashiqs, troubadours who sing of love and the divine to the sound of the saz lute (bağlama), left deep traces in the hearts and minds of the people. Ali Riza and Hüseyin Albayrak, two heirs of this tradition, join Kiya Tabassian, Constantinople’s artistic director, and his musical collaborator, Kurdish tanbour virtuoso Pooria Pournazeri, for a journey into the heart of Anatolia and Persia via the passionate poetry of poet Sultan Shah Khatayi.

Letters from an Ashiq in concerts