As a trumpeter and a composer, Frank London is a member of The Klezmatics, Hasidic New Wave and leads Frank London’s Klezmer Brass Allstars. He was a co-founder of both Les Misérables Brass Band and the Klezmer Conservatory Band. He has performed with John Zorn, LL Cool J, Mel Torme, Lester Bowies Brass Fantasy, David Murray, John Spencer Blues Explosion, Iggy Pop and many others.

His projects include the folk-opera A Night in the Old Marketplace, Davenen for Pilobolus and the Klezmatics, the Czech-American Marionette Theater’s Golem and Tamar Rogoff’s Ivye Project. He also composed music for John Sayles’ The Brother from Another Planet and Men with guns, Yvonne Rainer’s Murder and Murder.

He has been featured on Sex and the City’s soundtrack, at the North Sea Jazz Festival and the Lincoln Center Summer Festival. He taught Jewish music in Canada, Crimea and the Catskills. 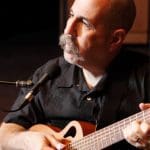 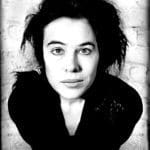