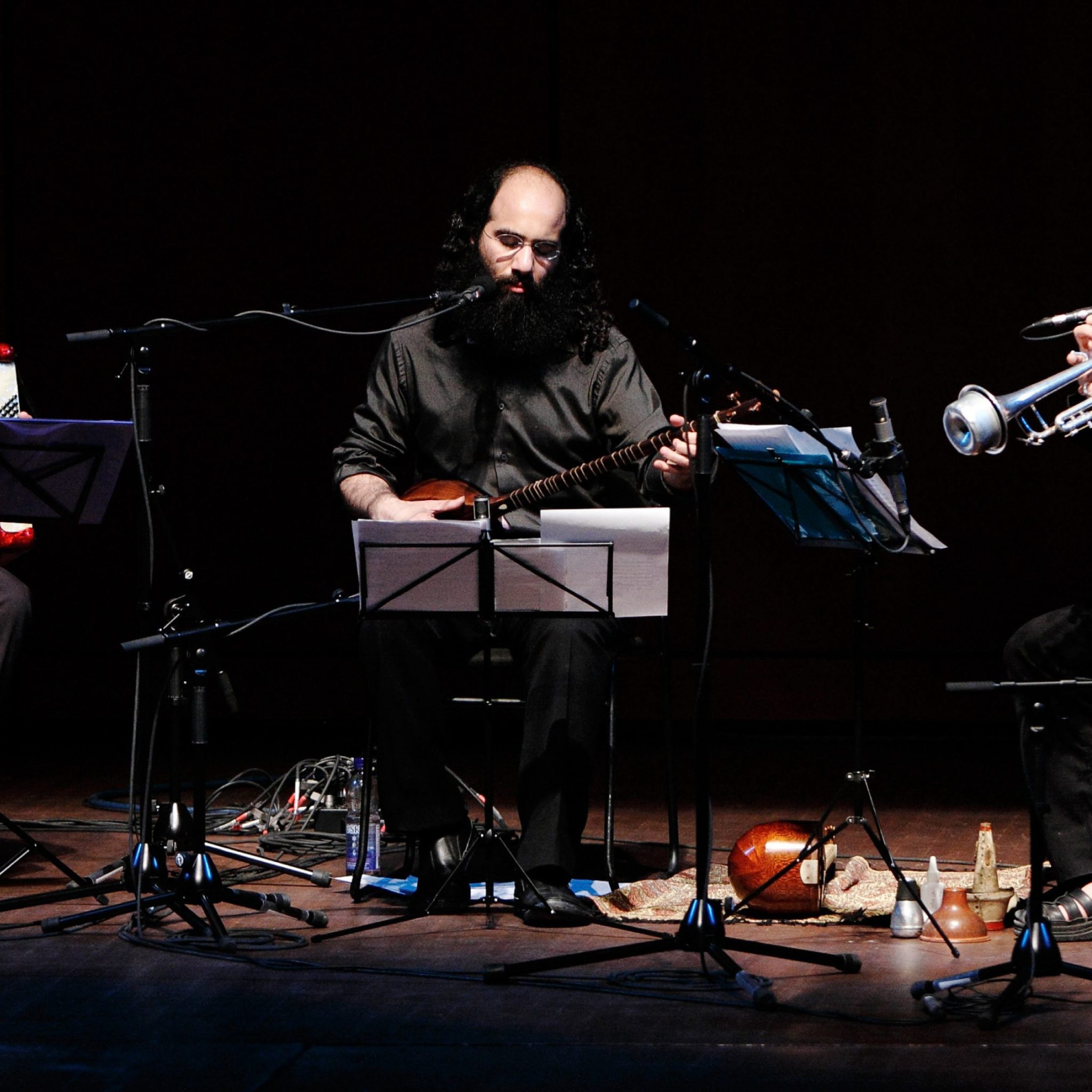 Union of Klezmer and Persian music

Whether it be its sonorities, ornamentations or melodic lines, klezmer music has obvious affinities with the world and federative approach of Constantinople. All that was needed was an opportunity to explore this repertoire and embark on a new creation. The opportunity came during a highly productive encounter between the musicians of Constantinople and the two founding members of The Klezmatics, a group emblematic of the revival of klezmer, Frank London and Lorin Sklamberg.

Together, they created The 13-Petalled Rose, a musical encounter between the klezmer repertoire, which stems from a secular history of diverse influences, and the modal music of the Middle East and Persia.

By gathering together various modes, rhythmic lines and recurrent themes from their respective cultures, the musicians came up with a program based on four themes: The Divine, The Pleasures of Life, Love, Political Expression. To do it justice, they employed a broad canvas: klezmer music and songs, sacred Yiddish and Judeo-Persian songs, The Song of Songs, as well as contemporary pieces composed specially for the occasion by Didem Basar, Frank London and Kiya Tabassian.