She was born in Prague. As a child she sung in a children choir Radost Praha and she played violin. Later she turned to solo singing, graduating in 2002 from the Prague Conservatory in the class of Jiří Kotouč. Later she undertook further study with Poppy Holden, Peter Kooij, Monika Mauch and Howard Crook.

Today Hana has achieved high acclaim as a leading specialist in the interpretation of baroque, rennaisance and medieval music, performing with ensembles and orchestras around the world, including the Collegium Vocale Gent, Bach Collegium Japan, Sette Voci, the Amsterdam Baroque Orchestra, L’Arpeggiata, Gli Angeli Geneve, La Fenice, Nederlandse Bachvereniging, Tafelmusik, Collegium 1704, Collegium Marianum, Musica Florea, L’Armonia Sonora among others. She regulartly cooperates with the world-class cornetto player Bruce Dickey, with whom she recorded the CD “Breathtaking” and together they continue performing this program around the world.

During 2017 she appeared in major venues all over Europe and in the USA in the trilogy of Monteverdi”s operas (L”Orfeo, Il ritorno d:”Ulisse in patria, L”incoronazione di Poppea) under the direction of John Eliot Gardiner. In this majestic project she introduced herself in the roles of La Musica, Euridice, Minerva, Fortuna and Poppea.

In 2010 and 2013 she took part in a highly praised tour with St. Matthew´s Passion under the direction of Philippe Herreweghe and in 2011 she made her debut in Carnegie Hall with Masaaki Suzuki´s Bach Collegium Japan. She also sang a soprano part of St. John´s Passion with Boston Symphony Orchestra during the Easter period of 2011. In November 2014 she participated in the stage production “Orfeo chaman” with L’Arpeggiata in Bogota.

Hana appears on more than thirty CDs, including the well-known series of Bach´s cantatas with Bach Collegium Japan.

She also plays gothic harp and romanesque harp and presents concerts in which she accompanies herself on this instrument. In addition she is  a member of the Tiburtina Ensemble, which specializes in Gregorian chant and early medieval polyphony. 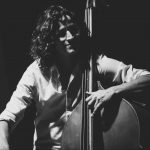 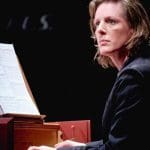