The master of the Son jarocho

A remarkable figure of the Son Jarocho, José Angel Gutiérrez has performed on the most important stages in Mexico as well as in prestigious festivals in France and United States. Heir of one the most outstanding figures of Son, Sg. Arcadio Hidalgo, he co-founded the group Mono Blanco and was a member of the group Negro directed by Salvador Ojeda.

A composer, writer, musician and talented singer, he recently founded the group Al golpe del guatime, which has been invited to play in various festivals including Cumbres de Garonna in Bordeaux and Encuentro de Jaraneros in Los Angeles, USA. The group recently published its debut album on the European label Winter&Winter. 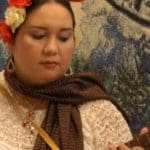 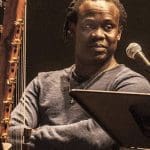