Maarja Nuut is a violinist and singer from Northern Estonia, whose music creates an intricate layered soundscape in a space where minimalism and experimental sounds meet the musical traditions of long-lived times.

In 2013, Maarja released her debut album “Soolo” that generated a buzz in Europe, including many glowing reviews. Her second album, “Une meeles“, was released internationally in June 2016. This award-winning artist (Tallinn Music Week) has toured the USA, Canada and Europe, and has been selected to play at various important showcase festivals such as World of Music Expo (Spain), the Association of Performing Arts Professionals (New York), Mundial Montreal, and Classical:Next (Rotterdam).

Under the Estonian Musical Sky 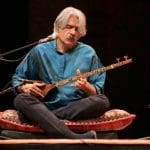 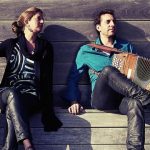