Born in 1957, Marco Beasley did musical studies at the University of Bologna where he deepened his knowledge of the two stylistic pivots of the late Renaissance – recitar cantando and sacred and secular polyphony. He thus began an active concert career which quickly took him to some of the most prestigious venues, from the Mozarteum in Salzburg to the Concertgebouw in Amsterdam, from the Accademia di Santa Cecilia in Rome to the Lincoln Center in New York.

In 1984, he cofounded Accordone together with Guido Morini and Stefano Rocco. Most recordings of his ample and wide-ranging discography are with this ensemble, which he chose to leave in 2014 in order to venture down an even more personal and independent path. His personal research into vocal production and the intelligibility of sung texts have earned him the praise of an ever-increasing public. In 2009, the Dutch VSCD (Association of Theater and Concert Halls) nominated him for Best Performer of the Year. 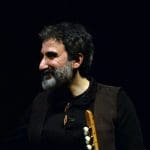 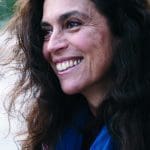