Ravi began his study of tabla under the guidance of his uncle the late Padmabushan Pandit Nikhil Ghosh in Mumbai, India. In 1990 he had his ‘gandabandhan’ ceremony and officially became an exponent of the Farukkabad style. Since then Ravi has continued to study with Pandit Anindo Chatterjee in Calcutta.

After gaining a solid foundation in Hindustani classical music, Ravi has gone on to explore numerous other world music traditions. Ravi has performed in a wide variety of contexts including Iranian music with Saeid Shambazadhe’s Bousheri group, Turkish and Macedonian music with Brenna MacCrimmon’a Altin Yildez Orkestar, world-jazz with Hugh Marsh, and New Music with The Esprit Orchestra. Ravi has also performed and recorded with Loreena McKennit.

In 1997 he was awarded the title of ‘Coolest musician of the year’ by Toronto’s Eye magazine. Ravi is featured on the Juno Nominated Thomas Handy Trio CD entitled Arc. As a member of the Trio he has been touring and conducting workshops at folk and jazz festivals throughout Canada. Ravi is currently the leader/composer of Tasa and is much sought after as a performer, teacher and recording artist.

Songs of the Dawn 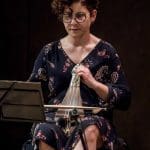 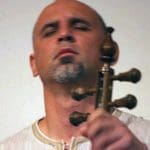