Hüseyin Albayrak was born in Istanbul in 1971. As from the childhood, he started to learn the traditional songs and the bağlama (Turkish lute), the sole instrument used in Anatolian songs. His father, Hasan Albayrak, known by his pen name Âsik Pervané, who was raised in the achiklik (troubadour) tradition of Anatolia, had an enormous influence on him. He eagerly worked on his bağlama technique and on increasing his knowledge of this music by listening to artists like Âsik Veysel, Davut Sulari, Âsik Daimi, Feyzullah Çinar, Mehmet Erenler, Talip Özkan, Arif Sag, and Ali Ekber Çiçek.

While pursuing his musical training, he completed his studies at the Faculty of Business Administration at the University of Istanbul. It was during these studies that he founded the group Nefes (“breath”), with which he performed several concerts. Outside of Turkey, he played in Germany, France, Belgium, Canada, and the United States.

In 2007, he published a novel entitled Sükût-i Harf  (“The Silence of Letters”) with Dharma Publishing. A second edition followed, published by Kapi (Kapi Yayinlari) in 2015, in which he alludes to Hurufi and Seyyîd Nesîmî from the Hurufi-Béktachi sect, as well as an important figure from the Alevi-Béktachi poetic tradition. He has also published a book on Béktachi humour entitled Bir Yürüyüs Eyledik Baba Erenler ile (“We Took a Walk with the Master”).

In addition to his musical career, he is an expert of music licensing in Turkey and works at MÜYAP (Union of Professional Producers). 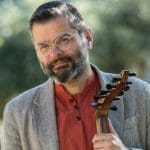 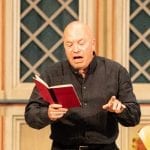