In the footsteps of Rumi 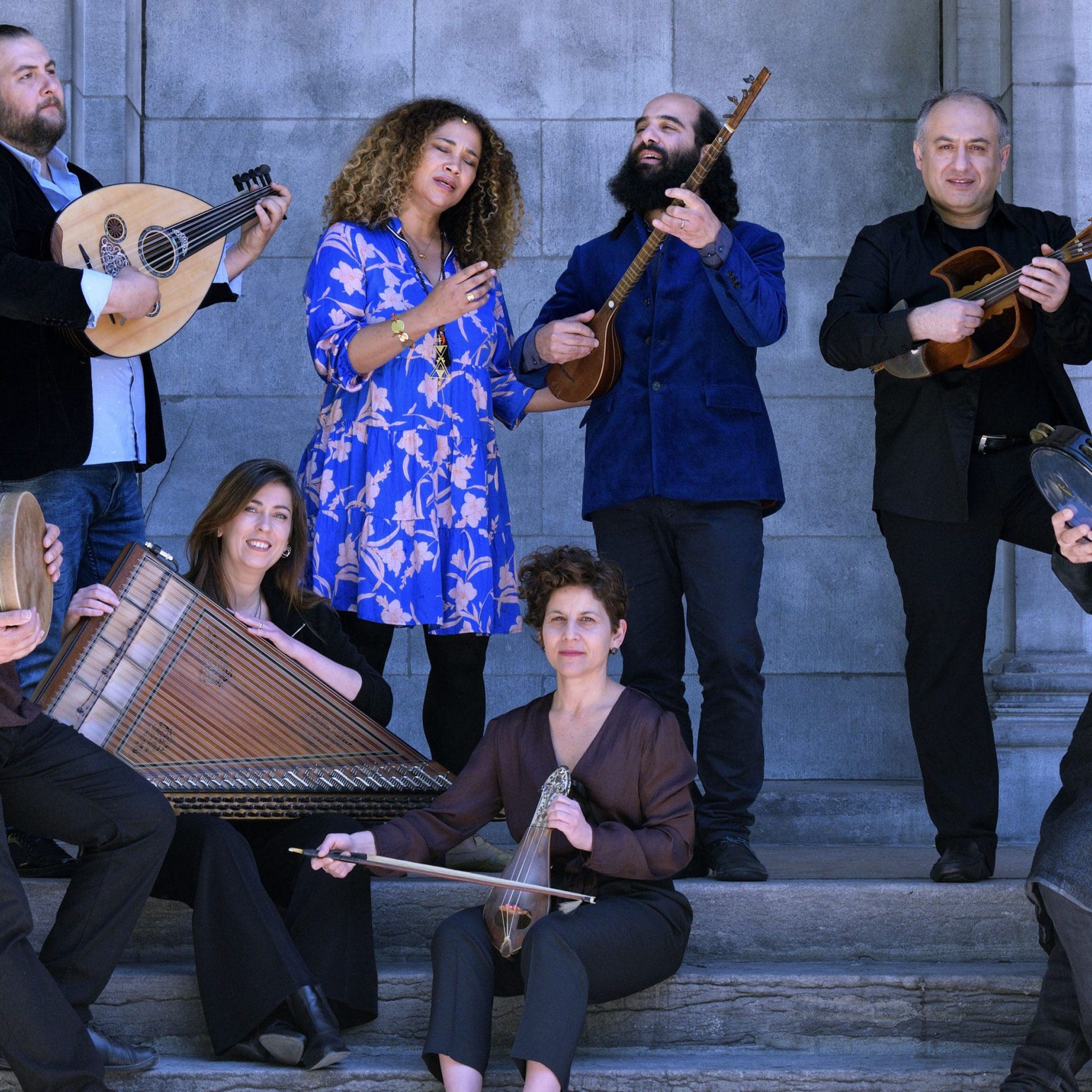 The radiant and luminous world of Rumi

What can the great poet and mystic Rumi, born in 1207, still bestow upon us in the 21st century? Contemporary human beings are evolving in a profoundly different society from that of yesteryear, and we are now facing radically gloomier challenges as pertains to our future. What, then, is the relevance of pondering remarks that bear witness to an eight-century-old view of the world?

Djalaleddine Rumi (1207-1273), with his body of work encompassing over 100,000 lines of verse, left us an immutable treasure that reflects a refined and luminous understanding of the world. Plunging into his universe and meandering through his texts opens the door to deeper thinking and universal spirituality. He is a timeless source of passion, but also a guide that lifts the spirit, like the light that has always drawn plants to it and helped them grow.

Rumi, as told by Kiya Tabassian

“Since childhood, I have read Rumi’s words in Persian, regularly losing then finding myself in them, always with considerable emotion. His poems, in their profundity and linguistic refinement, their rhythm and contagious enthusiasm have frequently inspired me, and I have been setting them to music for many years now. Yet the In the footsteps of Rumi project took shape more concretely after I met the artist and vocalist Ghalia Benali, whose art touched me deeply, with its capacity to transform each moment into a state of wonder and each note into a fascinating story. I felt that she embodied the ideal voice for singing poems such as these, and the necessary drive for bringing together this ensemble of virtuosi who would musically communicate all the symbolic significance of Rumi’s work.

Together, Ghalia and I chose a selection of poems, both in Persian and in Arabic. Rumi lived several years of his youth in Damascus, where he studied with the master Ibn Arabi, so in his volumes of poetry, some were originally written in Arabic. These are much less known and have almost never been sung; this is why we chose to showcase them. As it happens, Rumi always refused to be labelled and associated with one nation in particular, saying that he was neither of the East nor of the West.

Surrounded by an ensemble of exceptional musicians, here is an evening of music both profound and spontaneous, that follows in the footsteps of Rumi.”

Download and listen to In the Footsteps of Rumi 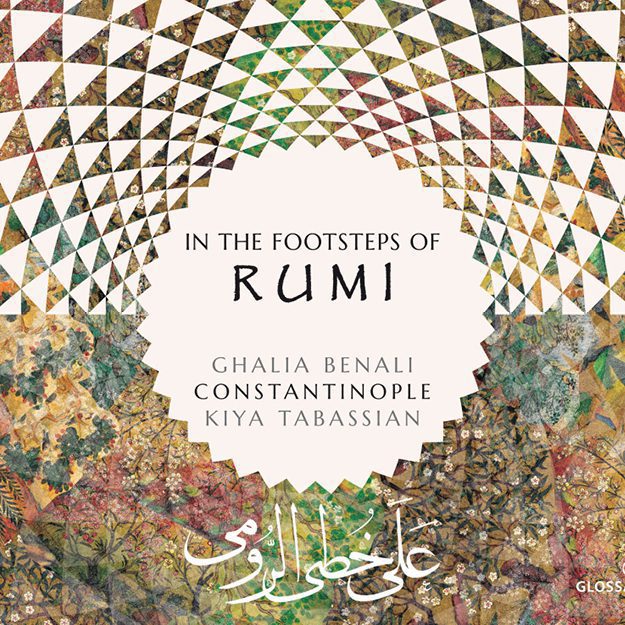 In the footsteps of Rumi in concerts 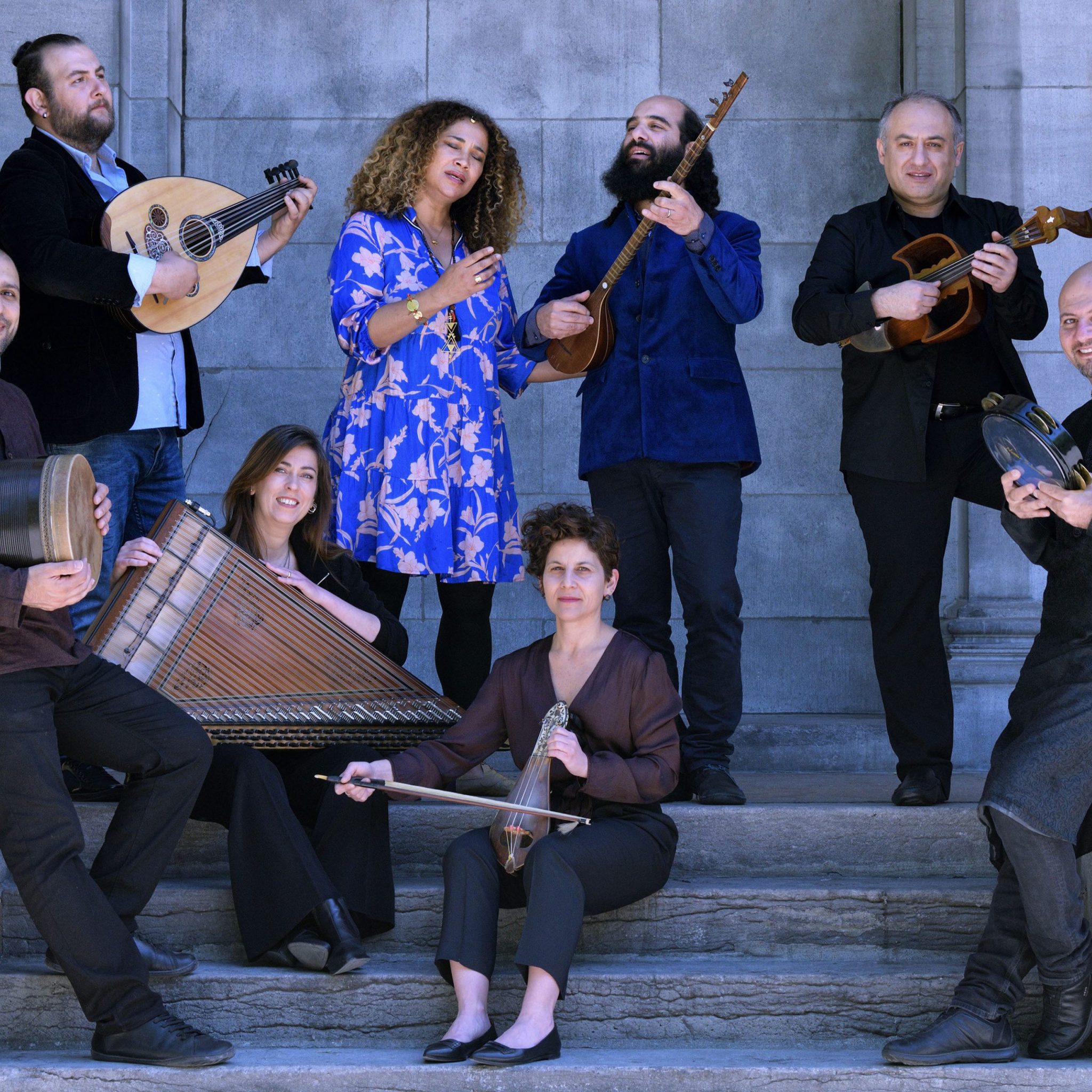 Following in the footsteps of Rumi was a journey marked by remarkable encounters. First, eight centuries ago, there was the meeting in Damascus between Mowlana (‘my master’)

Following in the footsteps of Rumi was a journey marked by remarkable encounters. First, eight centuries ago, there was the meeting in Damascus between Mowlana (‘my master’) Jalaleddin Rumi (1207-1273) and his own master, the great philosopher and poet Ibn Arabi. Then there was the moment when musician Kiya Tabassian first encountered the immensely influential work of Rumi. Finally, there was the moment when Tabassian found a singer with the ideal voice for bringing Rumi’s intoxicating and timeless songs back to life. This last encounter, following in the luminous footsteps of Rumi and ignoring all borders en route, has produced some fiercely vivid music.