Born in a family steeped in music, kanun (Turkish zither) player and composer Didem Basar began her music education at the Istanbul Turkish Music State Conservatory when she was 11 years old. After completing the Conservatory’s kanun program, she continued training at the same institution and received a bachelor’s degree in composition.
Her interest in examining the effects of art on society led her to pursue a master’s degree in the musical analysis of Mevlevi music at Marmara University. She gave lectures on Turkish music and kanun playing techniques at Halic University’s Turkish Music Conservatory and the Istanbul University State Conservatory from 2001 until she moved to Canada in 2007. Relocating to Montreal has given Didem the opportunity to reinterpret her music in a new environment whose vividness is the result of the turbulent convergence of manifold cultures flowing from different parts of the world. 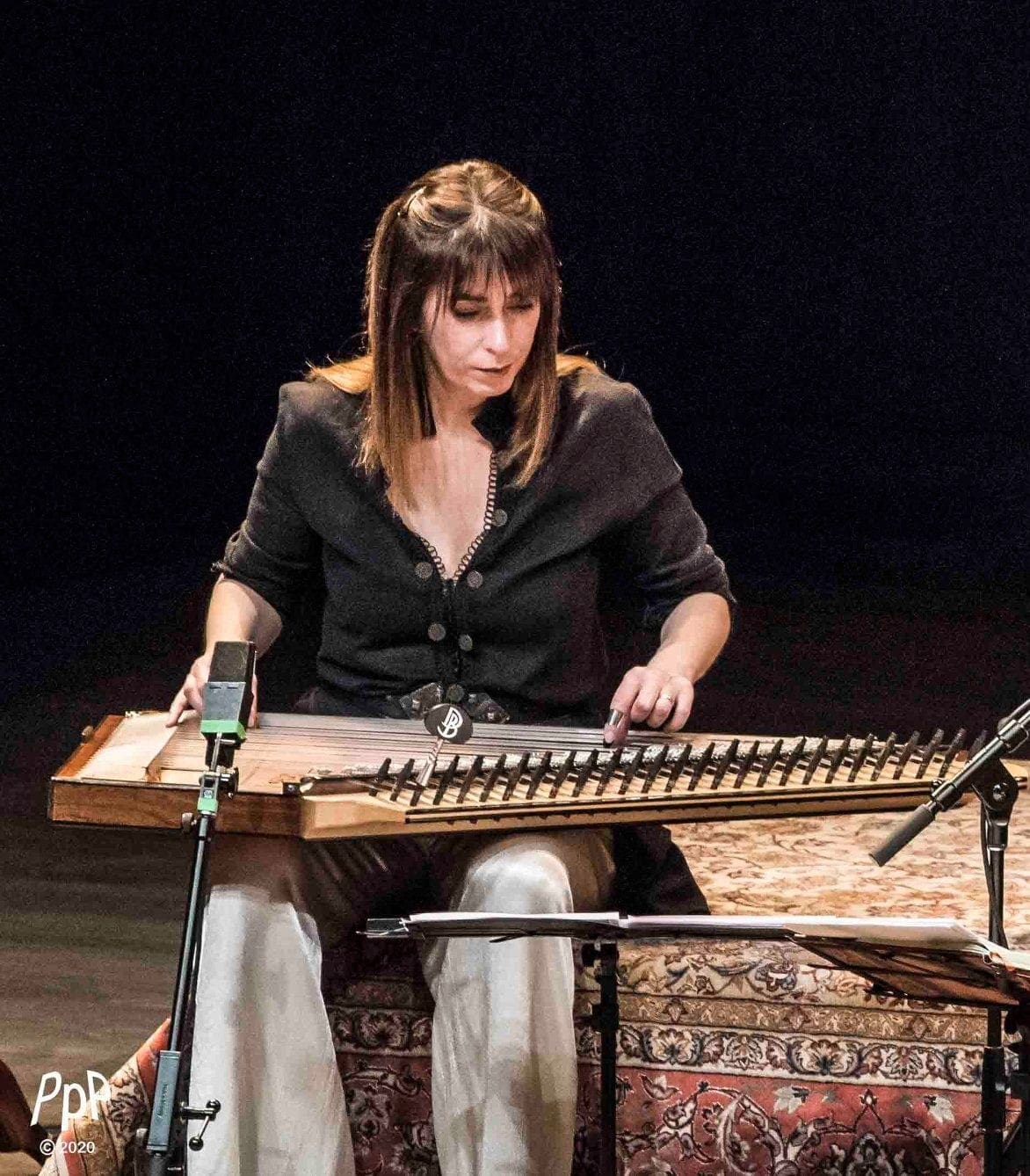 She has played with many Montreal ensembles, including Constantinople, OktoEcho, Ensemble Caprice, Sound of Montreal, Ensemble Zaman, Minor Empire and Niyaz. These collaborations have taken her to a multitude of international destinations such as the United States, Europe, Morocco, Lebanon and Egypt. She founded DuoTurco with her colleague Ismail Hakki Fencioglu, and they recorded an album (Yavuz, 2012), which included some of her compositions. She also played on numerous albums and soundtracks, such as Totem (Cirque du Soleil, 2010), Second Nature (Minor Empire, 2011), The Forth Light (Niyaz, 2014), Femme (Briga, 2017), Saimaniq, Chants de gorge Inuit (OktoEcho, 2018) and Waterlines (Christopher Trapani, 2018).

After composing for different ensembles and playing with different artists over the past 15 years, Didem Basar wanted to create her own project, which would intersect her two musical influences: Turkish and Western classical music. During an artistic residency at the World Musicians Centre in Montreal, she was able to call on the talents of Noemy Braun, a classical cellist with a flair for improvisation, Guy Pelletier, a flute virtuoso and highly versatile musician known for exploring different genres and styles, Brigitte Dajczer, a violinist rooted in Eastern European and Romani folk music, and Patrick Graham, another remarkably versatile musician with a broad knowledge of different percussion instruments from all over the world. Her album ‘Levantine Rhapsody’ was released in February 2020 and received the Opus Award for Best World Music album, as well as numerous nominations.

In the footsteps of Rumi

Someone will remember us…