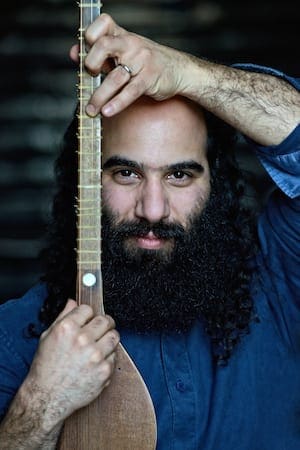 “As musician-inventors and musician-travellers, we endlessly replay our utopias, with Babel as backdrop. The territory to explore is infinite: cultures and memories whose lines we like to shift so that they finally converge. Furthermore, we make migration and the mixing of cultures our territory. Is it perhaps our early exile that led us to return to the source, to follow the tracks of our predecessors, to tirelessly search for creative allies? Whatever it is, this awareness of belonging to several space-times is as basic to us as respiration, as inspiration.”

Constantinople is a musical ensemble that chose the journey—geographical certainly, but also historical, cultural and inner—as its cornerstone. It seeks inspiration from all sources, and aims for distant horizons. Inspired by the ancient city illuminating East and West, the ensemble was conceived as a forum for encounters and cross-fertilization in 1998, in Montreal.

Over the years, Constantinople has developed over 50 new works and staged nearly 240 cities in 54 countries.